If you have ever seen Japanese landscape gardens around Zen temples, then you’ve probably loved their design. These gardens have peacefully arranged gravel, rocks, well-maintained evergreen shrubs or trees, and moss. 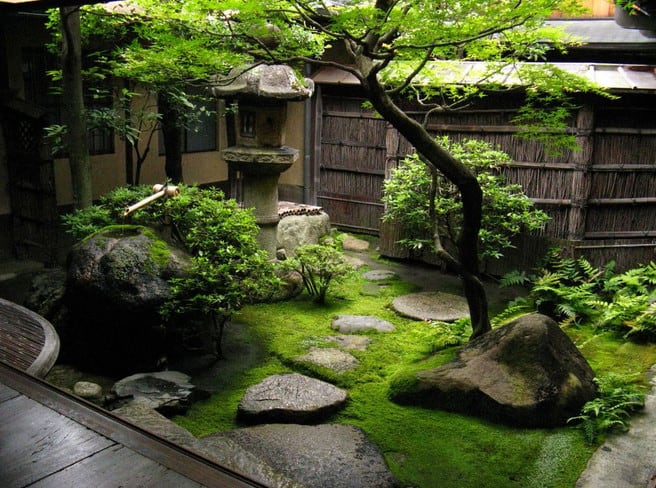 Imagine the kind of beauty your landscape would have by adding a karesansui garden design. It might sound complicated, but it’s quite easy to create a controlled and harmonious landscape made of dry rocks.

Karenagare is one of the most breathtaking Japanese gardening ideas. Karenagare refers to raked sand. The design features a waterfall without water. It has white sand or gravel at the base to represent a stream without water.

Karetaki is a Japanese garden design term used to describe dry waterfalls. It’s a design involving a waterfall that lacks water. In this design, you’ll symbolize a waterfall by arranging stones, gravel, and sand. A typical karetaki design features standing bluestones that symbolize a cascading waterfall.

The kogetsudai design refers to gravel mountains. In this design, gravel is shaped into several conical forms to represent mountains.

Karesansui are rock sculptures. The placement and shape of rocks used in Zen gardening is extremely important. 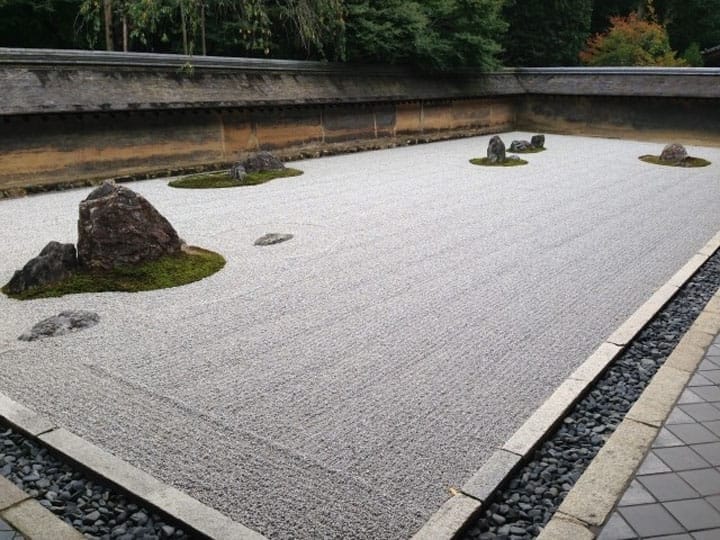 In Karesansui design, rocks can be designed to symbolize an island, mountain, or a welcoming garden entrance. You can use rocks to evoke natural elements such as:

Shrubs and trees can be placed along the perimeter area of a Japanese Zen garden. They can also be placed singly. They’re often evergreen for a lush look all year-round. Some of the best species for Zen gardens are Japanese maple, rhododendrons, yew, Azaleas, and conifers like pine trees.

Low-growing moss surrounded by raked gravel or planted along the edge create a calming contrast to other elements in a Japanese Zen garden. There’re two categories of mosses to choose from. They include Pleurocarps (creeping plants) and Acrocarps that grow upright.

A Perimeter of Evergreen Plants

You can plant evergreen conifers along the edges of your Zen garden and train them as topiaries.

Try to design the Zen garden in such a way that you can view it from one perspective. Survey your plan to determine whether it’s visually pleasing before implementing it.

You can reinforce the calmness offered by the Zen garden by keeping it controlled in an orderly manner with a fence and gate. Enclosing it will keep it separated from the external world for a peaceful effect.

View all posts by robert